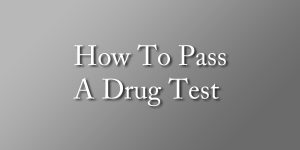 It is believed that marijuana is a harmless drug which does not lead to addiction. It is often called the gateway drug as most drug users have been found to start their experience with drugs with marijuana. The ones who are at the highest risk are the teenagers as one in every ten kids use this drug regularly. Surveys also reveal that more than one quarter of students in High School had tried marijuana at some point or the other. Hence this drug, has become the most widely used drug in the US which is illegal and its use is increasing at an astonishing rate.

Reasons Why Marijuana Is Widely Used

It is a though provoking issue as to why marijuana is so widely used and why the consumption of other illegal drugs have fallen, the numbers of marijuana users are increasing steadily. The major reason is because marijuana is easily available. In almost every city and town in US, this drug is easily accessible and do not need any special contacts. Moreover, marijuana is very cheap, cheaper than many other illegal drugs. It is these two facts combined together that make the availability of marijuana drug so easy.
A recent survey reveals that school students know exactly where to go to buy this drug even if they were not using it. All across the country this drug is available near the schools and peddlers are often found nearby ready to sell their product to interested children. Moreover kids often attend parties where again marijuana is easily available and used. This is extremely dangerous. It is a myth that marijuana is safe. In fact, marijuana is different from the perception of a drug as a white powder which can be snorted or as a liquid which can be injected.
The first look of marijuana is not appealing as it is a bunch of dry leaves and teenagers do not realize why there is a fuss created about this drug. This starts the first drag which just feels like smoking a cigarette but is actually the beginning of a dangerous and lonely road towards drug addiction. The ill effects of marijuana is not known to the teenagers and because of its easily accessibility they hardly realize how addictive it can become, leading to their ruin.

Explaining The Dangers Of Marijuana To The Kids

Marijuana is making inroads about school children and often because of the encouragement by peer who promise them how great it is and how little it can hurt, many of them get addicted. It is very important as parents to teach them to be able to say NO to this dangerous villain called drugs on the very first day when they are prompted to begin.
Never feel uncomfortable about dealing with the issue in the presence of your kids, even if they do not agree with everything you have to say about it. Let them know your stand on the issue and your expectation from them. Have an open discussion, allowing them to talk about the knowledge they have on marijuana and the experiences they have heard off or had themselves.

No votes yet.
Please wait...